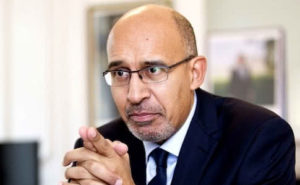 VIENNA, 23 January 2020 – The OSCE Representative on Freedom of the Media, Harlem Désir, expressed today his concerns about several provisions in Ukraine’s new draft law on disinformation.

On 20 January, the Ukrainian Ministry of Culture, Youth and Sports put forward a draft law “On amendments to certain legal acts of Ukraine aimed to provide national information security and right to access to truthful information”.

According to the draft new law, which aims to combat disinformation, journalists would be required to hold a professional press card delivered by a new organization (the Association of Professional Journalists of Ukraine) established by law and shaped by the state. In addition, media content will be monitored by a state-appointed Special Commissioner, who would be entitled to identify disinformation and initiate various sanctions, including fines and block of online media. The draft law also envisages various criminal charges, with sanctions from hefty fines to prison sentence of up to seven years.

“I understand the need to fight against disinformation, especially in the context of the current conflict in and around Ukraine. But this should not be done at the expense of media freedom and through state interference in the content of the media and in the organization of journalism activities in the country,” Désir said. “Moreover, the current Ukrainian legislation already provides mechanisms to counteract socially dangerous information.”

“Fighting disinformation is a legitimate aim,” says Désir. “But the right of everyone to freedom of expression, which is enshrined in the Constitution of Ukraine and in its OSCE and international Commitments, should be fully respected,” he said. “Self-regulation, support for professional standards of journalism and fact-checking initiatives, independence of the media, diversity of sources to debunk false information, and the development of media literacy are key components in the fight against manipulation of information and paramount to ensure the access to reliable information.”

The Representative noted that several media associations and media freedom NGOs, the National Union of Journalists of Ukraine and the European Federation of Journalists have sharply criticized the new draft law, mostly because it foresees excessive intrusion of governmental regulation and control in the sphere of media and detrimental to self-regulation of journalists.

Désir declared that he stands ready to engage in discussions with the authorities and to provide a legal review of the draft law, to ensure that it will not affect negatively media freedom and its full compliance with international standards.

The OSCE Representative on Freedom of the Media observes media developments in all 57 OSCE participating States. He provides early warning on violations of freedom of expression and media freedom and promotes full compliance with OSCE media freedom commitments. Learn more at www.osce.org/fom, Twitter: @OSCE_RFoM and on www.facebook.com/osce.rfom.